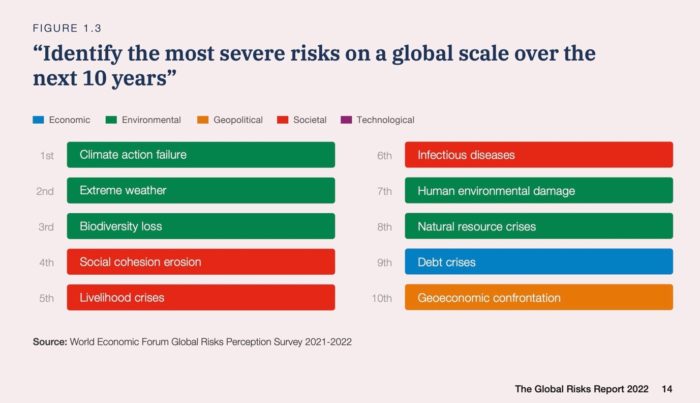 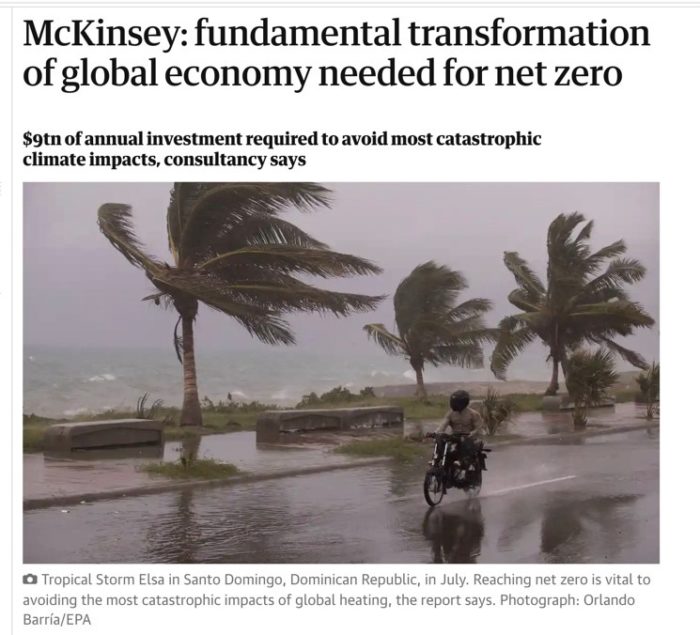 The cost is the equivalent of half of all corporate profits for decades. Is it likely that companies are up for that investment?

What about governments. What is the evidence?

The UK government has increased total annual grants to the Environment Agency from £880m to over £1bn in the last two years. The funding for environmental protection work has declined from around £170m in 2009/10 to £94m last year. In comparison, in 2019, the chancellor announced plans for a £27bn five-year budget for roads.

In April last year, a report by the Swiss Re Institute in April 2021 rightly identified the major economic impact of climate change as physical risk. Everything has been hit – offices, factories, warehouses, homes, roads, shops, schools, hospitals and trainlines.

What conclusions should we reach?

It’s difficult to imagine a future where we now successfully have the political or corporate will to achieve limits to global warming of only 1.5 degrees.

No country will be exempt from the increased frequency and intensity of heavy rain, flooding, heat waves and wildfires.

In this context, cities and local communities will need to step into the breach to save themselves. My suggestion is that supporting this kind of community resilience now needs to be a strategic pillar of long-term strategy for any organisation committed to climate action.

To discuss sustainability strategy and what your organisation can do to protect your colleagues, communities and profitability from the impacts of climate change, drop me a line at John.Drummond@how-on-earth.co.uk

John is Chair of Corporate Culture. He has been a consultant to dozens of organisations over 20 years. Clients have included water companies, regulators (Ofwat), telecoms (O2, BT), energy (EDF Energy), government organisations (NHS, WRAP), retail (ASDA, M&S), banking (Bank of America, RBS, Lloyds Banking Group), FMCG (Unilever) and many others. He is the architect with WRAP of the RecycleNow campaign and Love Food Hate Waste campaigns. His expertise includes long-term strategies, culture change and behaviour change at scale. He was recognised by HR magazine as one of the most influential thinkers in HR 2021. He is the author of several reports including: Future proof (2022), The Human Organisation (2021), Innovation for Everyone (2021), Transformation, Reason and Human. John started life as an award-winning journalist. He worked with IBM for seven years and was group director of communications with United Utilities in the 1990’s. He flirts with photography and song-writing.

I’m yet to work on a project that presents a two-dimensional, black-and-white problem to solve. Real-world problems are complex, and because...
According to António Guterres, UN Secretary-General: “Behavioural science is a critical tool for the UN to progress on its mandate. It...
What if, every time you had a transformational change project, you could identify the specific motivation that would achieve real change?...
As part of our recent work to help organisations become more future-proof, we identified hundreds of seismic shifts in external context...